It’s been over ten years since my last release "The Sound of my Soul" which was a concept album as was the 2004 Louisiana CD. It was clear already then that my next project would be different, just a collection of songs that I would enjoy recording.

On July 28 2009 my wife gave birth to our sun Thorsten, and the upcoming fathership would lead me into an exciting adventure. For about 5 years I would not find much time to record music. I wrote a few songs during that time, but especially after our move to the Black Forrest in Germany in 2015.

Having realized a 24 track recording studio in our new home I felt like re-starting my recording activities: I had to learn a lot regarding the new technologies, but the result was worth the efforts. Thus the current CD is the result of 18 months of intense work in the new studio. 12 of the 14 songs are own material, which I am very proud of.

Don’t miss to check out the genesis section which informs you about each and every song on the album. Song lyrics can also be retrieved there. 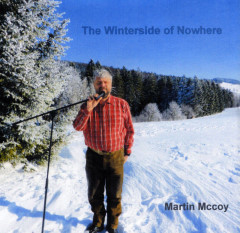